The most stunning views in North Yorkshire 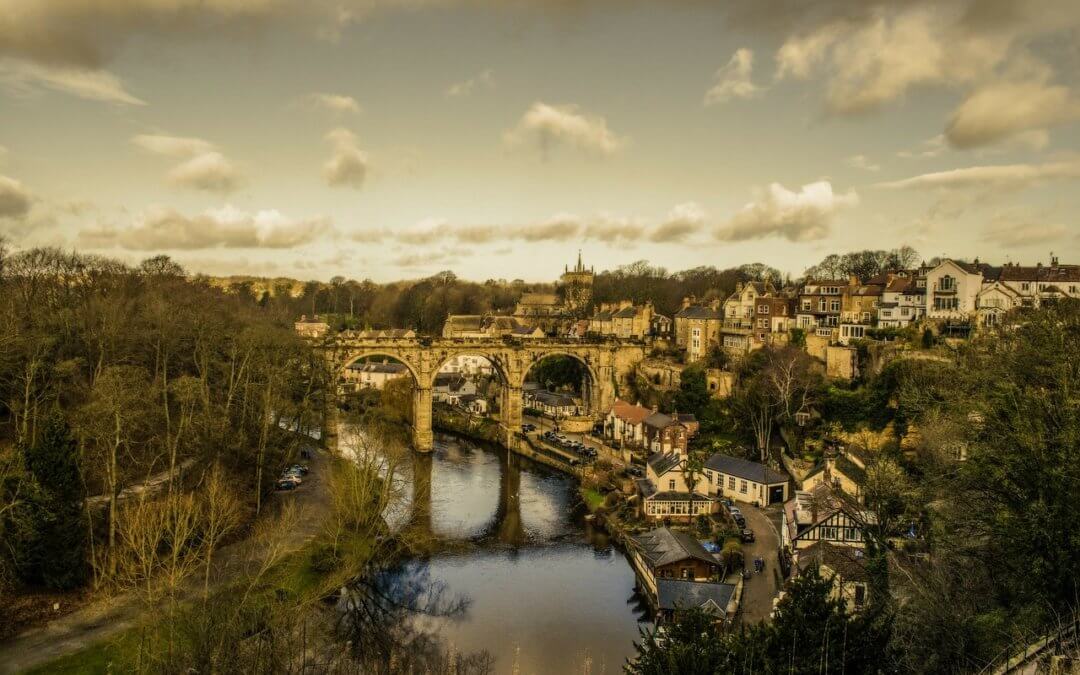 It’s really an impossible task to compile a list of the best views in North Yorkshire. Where do we start? In the Yorkshire Dales? The North York Moors? The Yorkshire coast? The flatter landscape of the pretty Vale of York, which stretches as far as the eye can see?

Although we could go on forever, we’ve limited our list to our favourite views which can all be reached (and seen) in under an hour’s drive from our luxury holiday lodges at Abbots Green. Why not get out and about and see if you agree with our choices?

We are so lucky here in North Yorkshire to have the Yorkshire Dales and North York Moors right on our doorstep and it goes without saying that wherever you go in these two stunning National Parks you’ll find some spectacular views.

Among our favourites is Rosedale, a valley pretty much in the centre of the North York Moors National Park. With its rugged surrounding moorland, undulating hills and remnants of its agricultural and industrial heritage, Rosedale is the perfect place to stop and take in the views.

Also in the North York Moors is one of its most stunning features, the Hole of Horcum. Looking as if it was gouged into the glorious purple-heathered moorland of the Levisham Beck valley, the hole is actually a 400ft (120m) deep hollow about three quarters of a mile (1.2km) wide. The views are breathtaking, sweeping down into the valley and beyond over the rugged hills to the horizon.

Over in the Yorkshire Dales, our favourites include the area around Pateley Bridge in Nidderdale. A designated Area of Outstanding Natural Beauty (AONB), Nidderdale has wealth of stunning views and one of the best is looking down towards Gouthwaite Reservoir from the top of Silver Hill in Pateley Bridge. And over at Brimham Rocks the awe-inspiring formations caused by glaciation and erosion hundreds of million of years ago are a sight to behold in their own right, and can be seen from miles away. But the best views are from the top of the rocks themselves: climb any of them and you’ll be rewarded by far-reaching panoramic views across the Dale.

Vales of York and Mowbray viewed from Sutton Bank

Some of the best views of the rolling countryside of the Vales of York and Mowbray can be had from the White Horse at Kilburn and nearby Sutton Bank. On a clear day you can see for miles, including the spires of York Minster and even the hills of the Yorkshire Dales in the far distance. This was the view declared ‘England’s finest’ by vet and author James Herriot.

This area includes a view that’s a particular favourite of our director Phil. Head away from Sutton Bank Visitor Centre towards Whitestone Cliff and you’ll soon see the beautiful Gormire Lake nestled among the woodland below.

The White Horse itself is also an impressive sight from afar, cut into the hillside, and one of the best places to view it is from the Bagby road.

The market town of Knaresborough near Harrogate is definitely worth a visit, if not just for the view of the viaduct from the castle (main image). This must be the most photographed vista in Knaresborough, and looks different every time depending on the seasons, the weather and the activity below.

From a high vantage point looking down on the River Nidd, sweeping the houses lining the hillside, and towards the imposing viaduct, you can watch the world go by as people stroll along the river or take a rowing boat out on the water.

A trip to York is a must for anyone staying at Abbots Green luxury lodges. Alongside the great shops, restaurants and family-friendly attractions, there’s a wealth of history and heritage to discover, from Roman ruins to Viking settlements and William the Conqueror to the Wars of the Roses (plus lots more besides). There’s so much to discover down on the ground but getting up high and seeing the city from above can really give a sense of all its history at once.

If you can manage the 275 steps, the view from the top of the Central Tower of York Minster is worth it. And don’t forget on your way up the steps to take advantage of the half-way exit point where you can see some of the Minster’s features up close.

Once at the top, you’ll see a panorama of medieval cobbled streets, buildings and ruins, including landmarks such as Clifford’s Tower, the 18th century Manor House, the industrial Nestle factory and Foss Island Chimney, and the Roman city walls. On a good day you can even make out the White Horse on the hillside at Kilburn.

For great long-distance views of York Minster itself, walk the city walls, particularly the part between Bootham Bar and Monkgate Bar where you’ll see the imposing structure emerging from behind the houses in the foreground.

Richmond Castle is among the greatest and earliest of Britain’s Norman fortresses, built in the decades following the conquest to subdue the population in the North of England. Today, the remarkably well-preserved and impressive ruins provide a great view on the approach to the site, particularly from the edge of the River Swale, situated as they are on a rocky hill above the water. But the best views are from the top of the castle keep, a 12th century addition to the fortress that is 100ft (30m) high. The views from here are fantastic, offering an aerial perspective of the whole site as well as the pretty town of Richmond further afield , views across the River Swale, and beyond to the Yorkshire Dales.

The 12th century Rievaulx Abbey was the first Cistercian monastery in the north of England. Dissolved in 1532 under Henry VIII, the awe-inspiring ruins are now managed by English Heritage and are popular with visitors. Some of the best views of the abbey and surrounding countryside are offered from Rievaulx Terrace, which stretches along half a mile and offers more than a dozen fantastic vantage points.

If you enjoyed this blog, why not check out our article on the best walks in North Yorkshire and discover more amazing views!