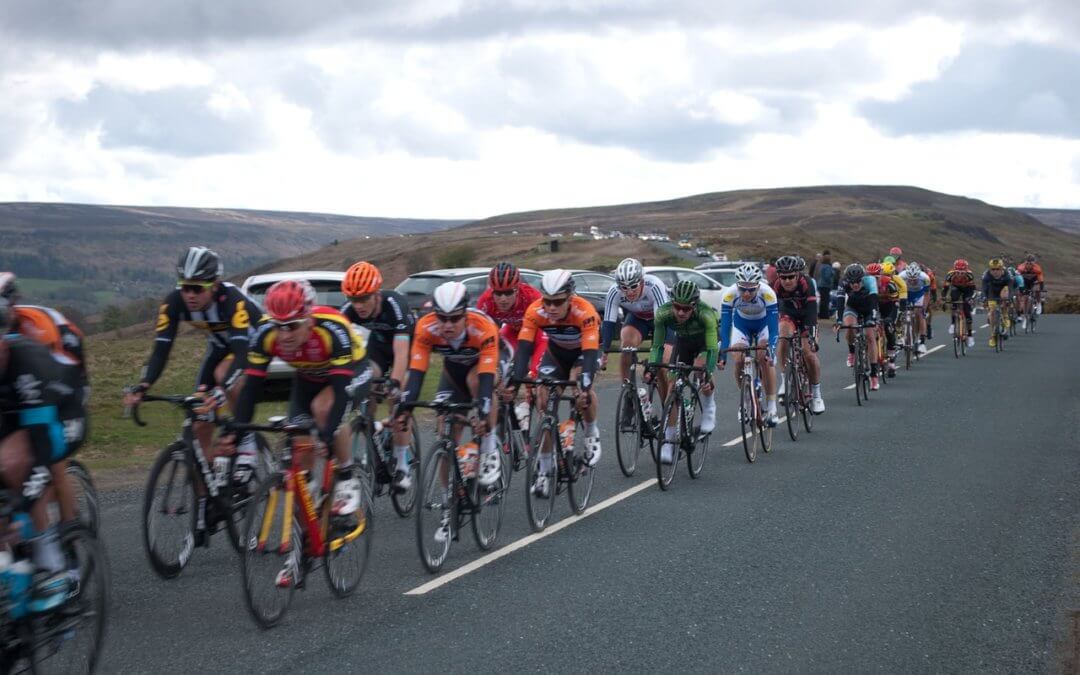 North Yorkshire’s stunning landscapes provide the perfect backdrop for some of the country’s top sporting events. From world-class cycling to horse racing and cricket, there is something on offer for every sport enthusiast.

Here is a list of some of our favourite sporting events in North Yorkshire, which are all easily accessible from our holiday parks. On your marks… get set… go!

The Tour de Yorkshire is a road cycling race which started in May 2015, with much of the route meandering through North Yorkshire.

It is promoted by the Amaury Sport Organisation (ASO) and is rated as a 2.HC event as part of the UCI Europe Tour. From 2015 to 2017 it was a three-day race but in 2018 it expanded to four days.

The idea for the race arose as a legacy event following the major success of the visit of the 2014 Tour de France to the county. The first two stages of the 2014 Tour, also organised by ASO, from Leeds to Harrogate, and York to Sheffield, were nicknamed Le Tour de Yorkshire.

To date, the race has always taken place in the days before the May Day bank holiday.

In September 2019 the world’s best cyclists will come to Yorkshire for the UCI Road World Championships, the pinnacle event in the international road cycling calendar. The championships will include a range of men’s and women’s races, across age groups from junior to elite, starting in different towns and cities throughout Yorkshire and each finishing in the main competition North Yorkshire spa town of Harrogate.

The racing will commence on Saturday, September 21, with a ground-breaking para-cycling event running alongside the championships which will act as a qualifier for the Tokyo 2020 Paralympic Games. The showcase will feature every Paralympic road racing discipline and take place in front of one of the largest crowds ever assembled for an elite para-cycling event.

Oliver’s Mount is the only natural road race circuit in England, just outside Scarborough town centre.

The venue, which boasts impressive views over the seaside town, first held a motorcycle race in 1946, and continues to hold motorcycle circuit racing today, as well as a car rally and car hill climb events.

Two meetings have been confirmed for 2019 – the Barry Sheene Classic on July 27 and 28, and the Gold Cup from September 27 to 29. Two hill climb events are also in the pipeline.

The annual festival has been held in the seaside town since 1876 and is one of the most historic sporting events in the world, playing host over the years to some of the world’s greatest cricketers. The ground, situated at North Marine Road, hosts large crowds of holiday makers watching first class cricket – and with the stands built right to the boundary edge, it offers exceptional views and a unique atmosphere.

This year will see Yorkshire play Nottinghamshire from Sunday, August 19, to Wednesday, August 22.

York Racecourse, Britain’s third biggest, stages 17 racedays from May until October, offering a world class horseracing experience for visitors of all ages, featuring some of the world’s best racehorses. Additional entertainment such as headline music concerts, family events and fashion are a feature of racedays throughout the season.

The racecourse’s flagship event, the Ebor Festival, is a four-day race meeting held each August. The festival was established in 1843 with the first running of the Ebor Handicap.

A sell-out every year since its launch in 2013, the Yorkshire Marathon is one of the UK’s most popular marathons and among the most well-known sporting events in North Yorkshire.

The picturesque course takes in the splendour of historic York and the surrounding countryside.

Previous elites to take on the 26.2-mile course include Paralympic gold medalist Hannah Cockcroft and Kenyan born Edwin Korir who competed for the USA at the 2016 Rio Olympic Games. Korir remains the course record holder with a time of 2 hours 13 minutes and 31 seconds.

This year the event takes place on October 20.